The recently proposed parameterization module "Internal wave Dissipation Energy and MIXing" (IDEMIX) describes the generation, propagation, interaction, and dissipation of the internal gravity wave field and can be used in ocean general circulation models to account for vertical mixing (and friction) in the interior of the ocean (Olbers & Eden, 2013). It is based on the radiative transfer equation of a weakly interacting internal wave field, for which spectrally integrated energy compartments are used as prognostic model variables. IDEMIX is central to the concept of an energetically consistent ocean model, since it enables to link all sources and sinks of internal wave energy and furthermore all parameterized forms of energy in an ocean model without spurious sources and sinks of energy.

The objectives of W4 are to better understand internal gravity wave generation, interaction, and dissipation processes in order to extend and improve the IDEMIX model. This includes the implementation of new and improved forcing functions, such as the energy exchanges with mesoscale eddies or the anisotropic internal tide generation. These processes have not been implemented in ocean models before, but have an important effect on mixing and the ocean's energy pathways. The IDEMIX versions of increasing complexity are evaluated against available fine- and microstructure data. The model version identified to give the best agreement with the observational reference at reasonable computational cost will be implemented in the ICON and FESOM ocean models.

In phase I (2016-2020) we worked on improving IDEMIX by identifying strengths and weaknesses in a global evaluation, by adding new or extending existing forcing functions, and by broadening our understanding of the wave processes.

Adding lee waves to IDEMIX: In the North Atlantic and the Southern Ocean, the lee wave stress on the mean flow (a) is locally comparable to that induced by the surface wind forcing (b). Coupling the new lee wave closure to a realistic, eddy-permitting ocean model generates 0.27 TW of lee wave energy globally, which is a substantial fraction of the total internal wave field’s energy (Eden et al., submitted). The investigation of how this lee wave forcing affects wave and ocean dynamics is part of the ongoing PhD work of Thomas Eriksen (see also Reports/Implementation of Lee Waves in IDEMIX here).

Improved understanding of wave processes: The numerical evaluation of the kinetic equation, describing wave energy changes due to nonlinear wave-wave interactions, shows energy dissipation mainly at frequencies between 2\(f\) and 3\(f\) (\(f\) is the local Coriolis frequency; white lines show (2, 3, 4, 5, 10, 20)\(f\) for a wide range of horizontal (\(k\)) and vertical (\(m\)) wavenumbers (left). In this frequency range, the energy dissipation (in \(10^{-9} m^2s^{-3}\)) depends on the spectral slope \(s\) (middle), a relation not yet accounted for the theoretical parameterizations that form the basis of the finestructure method and of mixing parameterizations like IDEMIX (Eden et al., 2019). Fitting the Garrett-Munk (GM) spectral model to vertical wavenumber spectra obtained from Argo floats demonstrates that the spectral slope \(s\) varies geographically (right) around the GM-value of 2 (Pollmann, 2020).

Improving the tidal forcing of IDEMIX: A new method to calculate not only the magnitude but also the direction of the barotropic-to-baroclinic tidal energy transfer while resolving the modal structure of the generated internal tides was derived and evaluated (Pollmann et al., 2019). Using this anisotropic tidal forcing (superscript \(\Phi\)) in IDEMIX instead of assuming the same average forcing in all directions changes the vertically integrated \(M_2\) tide energy \(\hat{E}_{M_2}\) by up to a factor of two, the continuum energy levels \(E_{IW}\) in the upper ocean by up to a factor of three, and the upper ocean turbulent kinetic energy dissipation rates \(\epsilon_{TKE}\) by up to a factor of four. The comparison to in-situ measurements, satellite observations, and numerical simulations using Stormtide is underway in collaboration with subproject W2.

Implementation of Lee Waves in IDEMIX 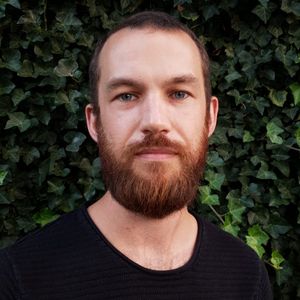 I’m investigating what and how big of a role lee waves play in transferring energy between large scale geostrophic motions and scmall scale turbulent mixing.

The purpose of my project is to investigate what and how big of a role lee waves play in transferring energy between large scale geostrophic motions and small scale turbulent mixing. Lee waves are formed when geostrophic motions interact with bottom topography. They radiate away from the topography and eventually break. When they break, the kinetic energy that they contain is used for dissipation, which, ultimately, raises potential energy. The issue of their role in the general circulation has been raised due to observed increased mixing rates near the ocean bottom in the Drake Passage and the Scotia Sea.

Previous estimates of the energy transfer from geostrophic motions into lee waves are around 1/3 of the energy input into gravity waves from winds. However, they are very few and differ roughly by a factor of 4. Furthermore, this energy transfer estimate has so far only been diagnosed and not used as in integral part of an ocean model. The contribution of lee waves in driving the large scale motions themselves – the overturning circulation, for example – are therefore largely unknown. The proper way of including lee waves in an energetically consistent ocean model would thus be to diagnose the energy c o n t a i n e d in lee waves e v e r y w h e r e in the ocean, let this energy travel and eventually be used for dissipation – in my case using an internal wave model – and then subtract it from its source.

This is exactly what is done in my model. The objective of my study is therefore to extend the IDEMIX model with an inclusion of lee wave energetics. This means that the energy being transferred into lee waves will be able to affect the rest of the ocean through diapycnal diffusivity – similarly to other types of gravity waves.

So far in my study, I have diagnosed the global energy transfer into lee waves to around 0.3TW. This is in accordance with previous estimates. The implementation of lee wave energetics into IDEMIX is underway. The lee wave energy flux is split into four directional compartments (N, S, E, W) will enter the gravity wave field as a bottom boundary flux, and the wave energy will thus be able to travel in the same manner as energy from other gravity waves. This is a fundamentally different way of treating lee waves compared to previous studies.

The next step is to study the differences in diapycnal diffusivity in model runs with and without lee waves. To what degree lee waves are able to account for the observed increased mixing rates in the deep Southern Ocean is till an open question, which I would like to answer. After this, I would like to address the question of what role lee waves play in setting the overturning circulation.

From my work, hopefully general rules may be seen that can be included in parameterisations for internal gravity waves.

The test wave packets are populated randomly over a range of physical positions and also phase space, which allows exploration of the importance to various properties to how the test wave packets interact with the background current. The key property that is being tracked is the energy of the packets and from this the transfer of energy to and from the current can be seen.

Ray tracing simply propagates the position and wave numbers of the wave packets over a series of time steps given that background properties of background flow velocity, the local buoyancy frequency. The energy of the wave packets can be followed due to the conservation of Action. The results means that individual wave packets can be followed to different end conditions namely critical layer absorption, wave capture or refraction away from the current flow. The net energy transfer from the waves to the background flow (or from) can be seen by the end energy of the waves that enter critical layers or are captured by the current.