A Memory of Pre-Pandemic Times and a Glimpse at the hopefully soon-to-be Future: My Visit at MIT and the AGU Fall Meeting 2021 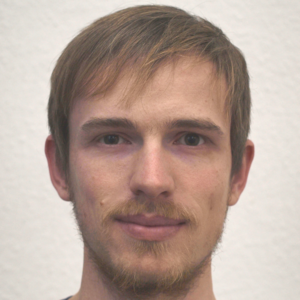 With two successful talks, one on my research at the CRC181 and one on my science policy activities, I am more than happy with the received exposure and appreciation of our work.

Having been in the home office for a long time during the last two years I am sure everyone wonders: Remember how things were before the virus hit? And how things will be afterwards? I was asking myself the very same questions while having a travel grant available I had won mid 2020 from the DFG research unit MS-GWaves which was still sitting in the accounts waiting to be used. My visit had been planned for a long time but had also been delayed by the pandemic. So when the US started opening up to foreign visitors in late summer 2021 I decided to try to move forward with the plan we had been setting aside for so long. And despite the restrictions and insecurities linked to long distance travel I should very soon be rewarded. On November 8 I boarded an airplane to Cambridge, Massachusetts to visit the long research partner of out group, Prof. Triantaphyllos Akylas at the Massachusetts Institute of Technology.

Our former and ongoing research project with T. R. Akylas is concerned with the background-modulated wave-wave interaction of internal gravity waves. In a previous manuscript we had been able to show that wave modulation by a sheared mean flow can significantly inhibit the energy exchange through a near-resonant triadic interaction. However, the assumptions of Boussinesq dynamics and a constant stratification limited the applicability of the findings to the atmospheric context. We thus took on the task to extend the theory to semi-incompressible dynamics with both a variable stratification and sheared mean winds. Having derived the theory beforehand we used the 5 weeks together at MIT to explore the combined effects of the modulation by the wind and the stratification on the wave interaction. Interestingly the two modulation mechanisms can counteract each other opening up the possibility of strong interactions in regions with both changing stratification and strong shear. As the tropopause region typically exhibits these features it is of particular interest to be studied. A manuscript is now in preparation and planned to be submitted later this year.

Having already traveled to the US another possibility opened for me: the in-person attendance of the fall meeting of the American Geophysical Union in New Orleans. Traveling to conferences has always been one of my favorite parts of being a scientist. I am particular fond of getting to know places and people, exchanging ideas about our research, networking among peers and like-minded people and making friends throughout the world. The idea of attending a conference on site for the first time in two years was therefore especially tempting for me. Even though it came with the huge insecurity of sharing the venue with another 10,000 people during a pandemic the stringent health policies helped keeping the participants safe and the number of infections low.

With two successful talks, one on my research at the CRC181 and one on my science policy activities, I am more than happy with the received exposure and appreciation of our work. Fostering existing connections and forging new ones additionally rendered the conference experience as a very positive one. But maybe most importantly, I also realized what I had been missing out in the past months. Even though video conferences can account for the majority of the scientific collaboration it will not be able to replace the experience of and the human relationships associated to a person to person contact. Partnerships are build on these relationships and I am hoping that there will be a time soon where we can find a way to get back together. Personally I feel motivated to move forward and make progress in ways that I had not expected when I boarded that airplane on November 8. I would therefore like to particularly thank the CRC181, the research group MS-GWaves, the WilhelmHeraeus Visiting Professorship program and not at last Prof. Ulrich Achatz and Prof. Triantaphyllos Akylas for enabling this collaboration and the conference participation for me. 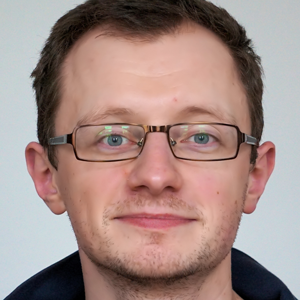 A new vertical coordinate frame for our ocean model has the potential to reduce unwanted spurious mixing effects.

I’m Patrick Scholz, Post Doc at Alfred Wegener Institute and work together with Sergey Danilov at Research area S2: “Improved parameterizations and numerics in climate models”. Aim of this project part is to implement new parameterizations and algorithms to improve the energetic consistency in the ocean component of climate models. In particular I will work with the new Finite Volume Sea Ice Ocean Model (FESOM2.0) and start there to implement a new vertical coordinate frame (Arbitrary Lagrangian Eulerian, ALE), based on vertical mesh motion, that has the potential to reduce unwanted spurious mixing effects in the ocean. ALE also allows to combine different versions of vertical coordinates in a single ocean setup, which will also help to broaden the functionality of the model. Further, we will implement new parameterizations of overflows, improved numerical transport algorithms and an energetically consistent parameterization of vertical mixing. 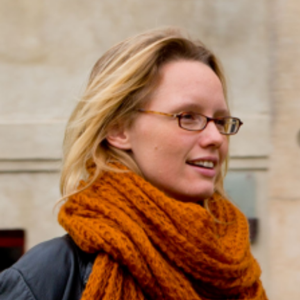 We will develop a library that simulates the vertical part of IDEMIX independently from general circulation models.

I'm Hannah Kleppin, I recently finished my PhD at the University of Copenhagen under the supervision of Markus Jochum. Until the end of this year I work in the TRR181 in subproject S2 “Improved parameterizations and numerics in climate models”, together with Johann Jungclaus and Carsten Eden. The main goal of subproject S – Synthesis with climate models as metric – is to test parameterizations that are developed in the other subprojects. I will work on implementing IDEMIX – a closure for internal gravity wave mixing in the ocean -  into ICON (MPI) and FESOM (AWI). We will develop a library that simulates the vertical part of IDEMIX independently from the calling GCM (in this case ICON or FESOM). In the long run other vertical mixing parameterizations will be implemented in this library, so that the effects of the different parameterizations on  e.g. biases in the different GCMs can be readily tested and compared.