Recent studies highlight the importance of small-scale coherent structures associated with atmospheric convection and (sub-)mesoscale ocean dynamics on atmosphere-ocean feedbacks in key regions of the climate system. In state-of-the-art coupled climate models, such small-scale atmosphere-ocean feedbacks are either ignored or rely on parameterizations, which may lead to model biases and energetic inconsistencies. In this subproject, we investigate these small-scale coupling mechanisms using coupled simulations on a global scale, based on resolutions allowing us, for the first time, to directly simulate the underlying key processes. More specifically, we focus on the following topics:

(i) With the help of storm-resolving coupled simulations and data from a large-scale field experiment conducted in the tropical Atlantic, we investigate the interaction of shallow atmospheric convection and near-surface processes in the ocean. A special focus here is on the dynamics of thin (meter-scale) "diurnal warm layers" and "rain layers" at the ocean surface, their role in mediating air-sea fluxes, and their feedback with atmospheric convection (see figure 1).

(ii) We also study the effect of parameterized submesoscale dynamics like baroclinic instability and symmetric instability on atmosphere-ocean coupling (see figure 2). To this end, the role of submesoscale dynamics on atmosphere-ocean feedbacks in selected key regions of the climate system is investigated with the help of coupled global simulations at unprecedented resolution (see figure 3). These simulations are also used to develop and test parameterizations of these effects in more coarsely resolved global ocean-atmosphere models. Our final goal is to obtain an integral estimate of the role of submesoscale dynamics on the coupling between the atmosphere and the ocean.

(iii) Finally, we aim to clarify the effect of resolved mesoscale eddies on air-sea coupling (see figure 2), develop a new stochastic parameterization that represents such effects in surface fluxes of heat and momentum, and investigate the global and regional impact of the parameterization in coupled atmosphere-ocean simulations that cannot use high enough resolution to represent those processes explicitly. 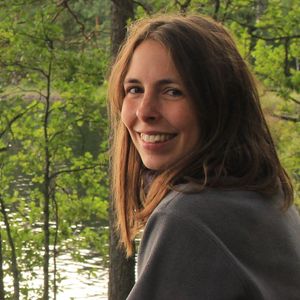 My work so far has been to simulate idealized cases using a 1D turbulence model.

Hello everyone, my name is Mira, I am a PhD at the Institute for Baltic Sea Research in Warnemünde and working in subproject L4, supervized by Lars Umlauf. To start off with something about myself: I studied physics at the University of Göttingen with a focus on Astro- and Geophysics during my masters. After an internship on sea ice physics at the University of Otago in New Zealand, I studied double-diffusive convection during my master thesis.

I love hiking and backpacking, so before, during and after my studies I spent a lot of time abroad, travelling, discovering new countries and meeting interesting people. When the pandemic started I had to change my plans and, by a chain of coincidences, started this phd position, which I am very happy about. I very much enjoy to live this close to the ocean and I spend a lot of time by the beach.

The focus of my project is on diurnal warm layers and rain layers on the ocean surface. These thin, stratified layers influence air-sea fluxes and turbulence in the ocean interior, but are usually not resolved in climate models. My work so far has been to simulate idealized cases using a 1D turbulence model. With that I can identify the non-dimensional parameters that govern these processes and perform parameter space studies, which can be the basis for a parameterization. I also work in close collaboration with Mira Shevchenko and Cathy Hohenegger, who study diurnal warm layers and their effect on the atmosphere using the coupled ICON model. 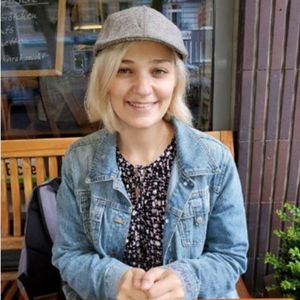 I am fascinated by such theoretical results but also by their various fields of application.

In July 2021 I joined the TRR 181 as a postdoctoral researcher in the project L4, “Energy-Consistent Ocean-Atmosphere Coupling”. Within this project I am studying the phenomenon of diurnal warm layers (DWLs) in the ocean. It describes the warming of the sea surface in certain areas during daytime (by up to 2K, though in particular cases also higher fluctuations have been observed) compared to the surrounding ocean that usually keeps an almost constant surface temperature.

From the point of view of air-sea interactions the appearance of DWLs is of particular interest, since such differential heating can promote a sea breeze like convective movement and, as a result, serve as a cloud building mechanism. Moreover, as such warm spots appear due to solar radiation, one can also expect a feedback behaviour caused by an increase in the cloud cover.

The presence of DWLs as well as their influence on the cloud amount is well documented in the literature, at least in the qualitative sense. Moreover, this phenomenon has been confirmed in idealised simulation studies. However, most modern global coupled simulations do not capture this mechanism, since it requires a high vertical resolution of the sea levels in order to correctly represent the heat transport (involving only about 20m in the vertical), but also a high horizontal resolution in the atmosphere that would permit to directly resolve convection. My work in the project consists in implementing a simulation that would incorporate both these features. This has been made possible thanks to recent model development advances for the ICON models at the Max Planck Institute for Meteorology. A subsequent analysis of the output will improve the understanding of the phenomenon itself, in particular permitting to quantify the feedback mechanisms, but it will also clarify how significant of an influence the correct representation of DWLs has on the global cloud amount, and, as a consequence, on the climate described by the simulation. Such results would, moreover, enable a parametrisation of this phenomenon such that it can be included in lower resolution models in order to improve their performance.

Within the project L4 I work under supervision of Cathy Hohenegger at the MPI for Meteorology and collaborate mainly with Nils Brüggemann, Lars Umlauf and Mira Schmitt who already implemented a set of thin layer ocean simulations and contributed significantly to my understanding of the mechanisms involved.

Prior to joining the TRR 181 I spent several years doing research in Probability Theory. After obtaining my Master’s degree at the HU Berlin I went on to complete my PhD at the TU Dortmund with a research stay at the University of Lille. During my doctorate I studied stochastic (partial) differential equations driven by random processes or fields with long memory, i.e. such that the increment correlation decays only slowly over time. An example is the fractional Brownian motion. Using techniques from the Malliavin-Stein toolkit (providing a definition for multiple stochastic integrals with respect to Gaussian processes and many limiting results for those) I proved in several collaborations limit theorems for certain functionals of the solutions of such equations. From the practical point of view, this enabled me to derive results in mathematical statistics and provide estimators for different quantities in such equations as well as show their asymptotic properties.

After defending my dissertation I stayed at the TU Dortmund as a postdoctoral researcher. During this time I studied (in another collaboration) random fields on a sphere. Such objects are used in cosmology to describe cosmic microwave background, but they can also be applied to analyse other random spherical observations such as, for instance, temperature defects.

I am fascinated by such theoretical results but also by their various fields of application. I hope to be able to use some of the models that I studied in order to assess the impact of DWLs and/or to describe other phenomena in the atmosphere and ocean that would help advance the understanding and modelling of physical processes on different scales.