The energy pathways of the submesoscales, which exist in the range between the mesoscale (on the order of 100 km) and the largest turbulent eddies (order of 1 m), will be quantified and parameterised so they can be incorporated into global climate models. This will be done using a numerical approach consisting of two different model studies specialised in both turbulent flows and regional ocean processes, as well as a dedicated field program using the Baltic Sea as a "natural laboratory" for the measurement of submesoscale energy pathways.

The surface mixing layer (SML) is the ocean side of the air-sea interface through which the fluxes of energy, momentum and tracers have to pass in a coupled atmosphere-ocean system. Pathways and transformations of energy, momentum and tracers in the SML are complex, highly variable, and not sufficiently understood. Even in high-resolution ocean models, energy and momentum budgets are energetically inconsistent because the additional energy reservoirs and transformation processes due to unresolved processes (e.g.,mesoscale/submesoscale motions, surface waves) are either ignored or not correctly taken into account. In coarse-resolution climate models, the situation is even worse. The goal of this subproject is therefore to investigate energy transport and transformation processes in the SML that are relevant for the ocean-atmosphere coupling in climate models.

Our major efforts to understand the energy budget of the SML will be conducted through the use of idealised Large Eddy Simulations (LES), high-resolution ocean modelling, and coordinated field surveys including high-resolution turbulence observations. The results from the LES and field work will be used in a realistic model to understand the energy pathways associated with submesoscale motions in the SML, and to test the developed parameterisations.

In WP2, we analyzed a realistic high-resolution numerical simulation focusing on the central basin of the Baltic Sea, an area where available observations from a field campaign confirm that features persistent lateral density gradients and rich submesoscale activity, hence forming an ideal natural laboratory for this study. The simulation revealed a strong thermal frontal structure that persists during autumn and had not been reported previously. Cold submesoscale filaments with sharp lateral buoyancy gradients, strong surface convergence and high vertical velocities arise from this front. Highly heterogeneous Mixed Layer Depth (MLD) patterns appear, with the shallowest MLDs found in the vicinity of submesoscale features. As it turned out, submesoscales are able to maintain shallow MLDs during storms and induce vigorous and rapid restratification when the wind subsides, creating significant temporal MLD variability. The interaction of strong near-surface turbulence and submesoscale restratification results in highly efficient mixing inside submesoscale fronts.

In WP3, we investigated submesoscale frontal dynamics, instabilities, and mixing processes inside dense upwelling filaments, based on data from the central CRC cruise M132 with R/V Meteor in the south-east Atlantic Ocean (Benguela upwelling system). With the help of specialized intrumentation, including a towed research catamaran and high-resolution turbulence microstructure measurements, we were able to obtained a detailed view of the structure of all dynamically relevant parameters (e.g., vertical shear and vorticity, vertical and cross-front stratification, energy dissipation) inside narrow submesoscale fronts and filaments at unprecedented resolution.  This data set allowed us to test the real-ocean relevance of recent theoertical and numerical ideas regarding the submesoscale dynamics of surface-layer fronts.

As summarized in the figure, our analysis showed that the effect of the front is reflected in a gradual transition from purely wind-driven turbulence towards mixing energized by forced symmetric instability (FSI). Our microstructure data were in excellent agreement with previous numerical studies, suggesting that the energy dissipation due to FSI scales with the Ekman buoyancy flux, i.e. with the rate at which the cross-front Ekman transport moves dense water on top of light water. Our high-resolution catamaran-based velocity measurements also allowed us, for the first time, to demonstrate that the vorticity in the cyclonic flank of the frontal jet may be strong enough to fully suppress FSI. In this case, turbulence is fueled by marginal shear instability. Our data therefore provide the first direct and conclusive evidence for the combined relevance of FSI, inertial instability, and marginal shear instability for overall kinetic energy dissipation in real-ocean submesoscale fronts and filaments (see Peng et al., 2020). 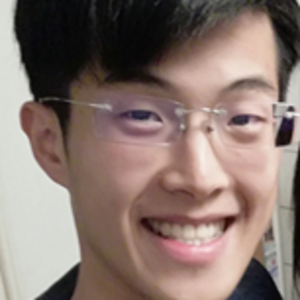 SML fronts also host various frontal instabilities which are considered as routes to mixing and energy dissipation in the energy cascade.

Hi, my name is Jen-Ping Peng. I am a PhD student of the subproject T2: “Energy budget of the ocean surface mixed layer” under supervision of Dr. Lars Umlauf at the Leibniz Institute for Baltic Sea Research (IOW) in Warnemünde. I investigate the oceanic surface mixed layer (SML), typically known to have substantial turbulent mixing driven by vertical surface forcing such as wind stress and surface buoyancy fluxes. However, the processes inside the SML are considerably complicated by strong horizontal density gradients (e.g., fronts, filaments), which may induce restratification that competes with mixing. SML fronts also host various frontal instabilities which are considered as routes to mixing and energy dissipation in the energy cascade. We address surface-layers fronts and their associated restratification and mixing processes based on the data collected from several cruises in different areas of the ocean.

The analysis of data from research cruises is one of the main tasks of my PhD. The TRR181 cruises took place in the Benguela upwelling system (South-East Atlantic Ocean) in 2016, closely coordinated with subproject L3 using drifters, and in the Central Baltic Sea in 2017 and 2018. These two study areas are characterized by the rich presence of fronts and filaments, ideally suited for the investigation of the processes studied in this subproject. I participated in two research campaigns in the central Baltic Sea. Together with our T2 colleagues from HZG, we were hunting fronts with specialized instrumentations, including turbulence microstructure profilers, a Scanfish, a research catamaran, and ocean gliders.

I am currently analyzing data obtained from the Benguela upwelling system toward a better understanding of the formation and decay of an upwelling filament, and related instabilities and mixing. I am also involved in the analysis of a related data set that we collected in a frontal region in the central Baltic Sea. 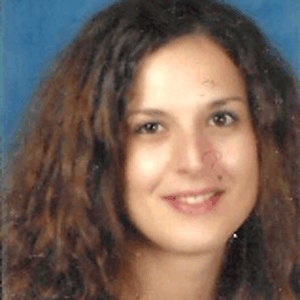 Our scope is to investigate the sub-mesoscale structures and the surface mixed layer instabilities in order to develop new parameterisations of energy consistent pathways.

My name is Evridiki and I’m PhD candidate working with Prof. Dr. Hans Burchard, in subproject T2. Our research will be focused mainly on the ocean surface mixed layer which is a highly complex and energetic region. The upper ocean is characterized by a relative shallow mixing layer with weak stratification due to turbulent mixing. Our scope is to investigate the sub-mesoscale structures and the surface mixed layer instabilities in order to develop new parameterisations of energy consistent pathways, associated with these motions. For that we will use the General Estuarine Transport Model (GETM) which includes turbulence closure models provided by GOTM, diagnostic tools for the numerical mixing and dissipation but also adaptive vertical coordinates that can resolve the sub-mesoscale features. The configurations will include idealized high resolution simulations as well as hindcast simulations of the Central Baltic Sea. In order to validate the model, the results will be combined with field observations.