Present-day approaches to parameterize mesoscale motions in atmospheric models are oversimplified and over-tuned and hence not sufficiently reliable. Neither gravity-wave (GW) transience nor GW horizontal propagation is taken into account, although there is mounting evidence that they play a significant role. We will resolve these issues by the extension of the Lagrangian spectral GW model (MS-GWaM) in the atmosphere model ICON-a by lateral propagation and by the implementation of the related IDEMIX-a closure into the same model.
While MS-GWaM is based on the fully resolved spectral GW energy equation, the related IDEMIX approach is simpler, but for the same reason also more efficient. Moreover, progress in GW-resolving modelling, using a novel dynamic macro-turbulence (DMS) parameterization, and lidar measurements in subproject T1 suggested merging these activities into W1. Highly resolved model and lidar data will be used for the validation of the parameterization approaches.

The following core themes will be in focus:

The recently proposed parameterization module "Internal wave Dissipation Energy and MIXing" (IDEMIX) describes the generation, propagation, interaction, and dissipation of the internal gravity wave field and can be used in ocean general circulation models to account for vertical mixing (and friction) in the interior of the ocean. It is based on the radiative transfer equation of a weakly interacting internal wave field, for which spectrally integrated energy compartments are used as prognostic model variables. IDEMIX is central to the concept of an energetically consistent ocean model, since it enables to link all sources and sinks of internal wave energy and furthermore all parameterized forms of energy in an ocean model without spurious sources and sinks of energy.

Gravity waves are an important part of the energy cycle of the atmosphere and exchange momentum and energy with the mean flow due to wave breaking and wave refraction. Wave breaking and the resulting mean-flow effects need special parameterization in global climate models as they usually resolve at most a small part of the full spectrum of gravity waves. In W1 we apply the IDEMIX concept to develop corresponding gravity wave schemes for atmospheric circulation models. We propose to base a new, energetically consistent gravity wave parameterization on the radiative transfer equation for a field of waves. This method is fundamentally different from conventional schemes which describe the superposition of monochromatic waves launched at a particular level and which make the strong assumption of a stationary mean flow. As for the ocean, the wave field is represented by the wave-energy density in physical and wavenumber space. This new concept goes far beyond conventional gravity wave schemes which are based on the single column approximation. The radiative transfer equation has – to our knowledge – never been considered in the atmospheric community as a framework for sub-grid-scale parameterization. The proposed parameterization will, for the first time, 1) include all relevant sources continuously in space and time and 2) accommodate all gravity wave sources (orography, fronts, and convection) in a single parameterization framework. Moreover, the new scheme is formulated in a precisely energy preserving fashion.

The IDEMIX concept was shown to be successful for ocean applications but instead of focussing on the mixing effect by breaking waves as for the oceanic case, the focus in the atmospheric application is on the wave-mean flow interaction, i.e. the gravity wave drag and the energy deposition. We will extend the concept of energetically consistent closures to atmospheric gravity wave closures. The project will contribute to a transfer of knowledge from the oceanic community to the atmospheric community and vice versa. 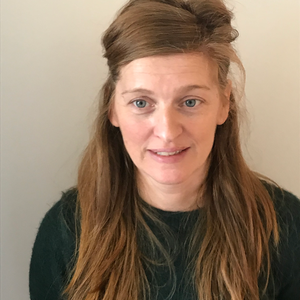 I am a postdoctoral researcher working on adapting the IDEMIX internal gravity wave model for the atmosphere in subproject W1 together with Carsten Eden, Dirk Olbers, Matthäus Mai and Erich Becker.

However current gravity wave parameterisations have a major drawback in that they use much too simplified physics to determine the feedback of the waves on the large scale flow. They are steady state and use separate parameterisations for terrain-generated and convectively-generated gravity waves. The main goal of this project is to include more sophisticated physics in atmospheric gravity wave parameterisations by use of IDEMIX which simulates the evolution in time of the wave field, its energy exchange interaction with the background flow (shown in Figure 1) and can accommodate multiple wave sources at once, allowing for wave-wave interactions.

IDEMIX can easily incorporate the effect of critical layers which occur frequently in the atmosphere since the gravity waves have similar phase speeds to the background flow, typically tens of metres per second. A dynamically-determined dissipation is calculated when the waves break, to keep the wave field within convective stability limits. The wave energetics from IDEMIX are used to calculate the gravity wave drag which feeds back onto the largescale circulation to either accelerate or decelerate it. Compared to traditional parameterisations which tend to provide the drag around the mesopause, IDEMIX exhibits a better vertical distribution of gravity wave drag throughout the middle atmosphere which is more fitting to observations. The basic IDEMIX for the atmosphere is now being implemented into the ICON-A component of the ICON Earth System Model.

Gravity Wave Parameterisation for the Atmosphere 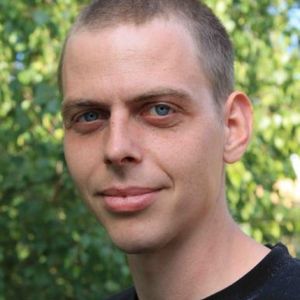 The focus of W1 will be on the wave-mean flow interactions, i.e. the energy deposition and the gravity wave drag.

Gravity waves are an important part of the energy cycle of the atmosphere. They exchange momentum and energy with the mean flow due to wave breaking and wave refraction. In the subproject W1, we propose a new, energetically consistent gravity wave parameterisation, based on the radiative transfer equation for a field of waves.

Conventional parameterisations for gravity waves base on the assumption of stationary mean flow and a superposition of monochromatic waves launched at a certain level. The new scheme describes the wave field continuously in physical and wave number space. The IDEMIX concept (previously used for mixing by internal waves in the ocean) enables to simplify the radiative transfer equation with a few assumptions (propagation into a particular azimuth direction, single column approximation). The focus of W1 will be on the wave-mean flow interactions, i.e. the energy deposition and the gravity wave drag. This drag contributes strongly to drive the residual circulation in the middle atmosphere and to induce the quasi-biennial oscillation in the tropical stratosphere.

My part of the project is the derivation of realistic force functions of gravity waves (spatially and temporally continuous). These functions will contain gravity waves caused by flow over rough terrain, and convection and frontal activity. Another task will be the derivation of a vertical diffusion coefficient, which considers dynamical instability criterion. At last, this parameterisation has to be implemented in KMCM (Kühlungsborn Mechanistic general Circulation Model) and compared with the conventional schemes routinely used in KMCM and ICON.