Internal gravity waves in the ocean are generated by tides, wind, and interaction of currents with rough seafloor topography. Models predict a global energy supply for the internal wave field of about 0.7–1.3 TW by the conversion of barotropic tides at mid-ocean ridges and abrupt topographic features. Winds acting on the oceanic mixed layer contribute 0.3–1.5 TW and mesoscale flow over rough topography adds an additional amount of 0.2 TW. Globally, 1–2 TW are needed to maintain the observed stratification of the deep ocean by diapycnal mixing that results from the breaking of internal waves. Ocean circulation models show significant impact of the spatial distribution of internal wave dissipation and mixing on the ocean state, e.g. thermal structure, stratification, and meridional overturning circulation. Observations indicate that the local ratio of generation and dissipation of internal waves is often below unity and thus the energy available for mixing must be redistributed by internal tides and near-inertial waves at low vertical wavenumber that can propagate thousands of kilometers from their source regions. Eddy-permitting global ocean circulation models are able to quantify the different sources of energy input and can also simulate the propagation of the lowest internal wave modes. However, the variation of the internal wave energy flux along its paths by wave-wave interaction or refraction by mesoscale features as well as its ultimate fate by dissipation remains to by parameterized.

For these purposes we will use

to produce the best estimate of the global distributions of sources and sinks needed for an energetically consistent model of the diapycnal diffusivity induced by internal waves breaking. 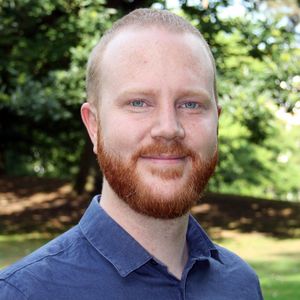 In my current work, I also look into the impact of mesoscale motion on the energy flux in this dataset.

My name is Jonas and I am a PhD Student in the subproject W2 “Low mode waves” in the working group Oceanography at the University Bremen. In this project I calculate low mode internal wave energy fluxes from mooring measurements and compare the results with measurements from satellite altimetry and a 1/10° ocean model (STORMTIDE2). Energy flux is an important quantity for these models because its divergence identifies sources and sinks.

Internal gravity waves occur all over the stratified ocean and can be grouped in different categories varying on their generation mechanism. I focus mainly on internal tides in the semidiurnal frequency M2 generated by the barotropic tides over rough topography. Internal tides are a response of the astronomical gravitational forces of the ocean via oscillations in the sea surface elevation with horizontal tidal currents through the entire water column. These waves in the stratified ocean take the form of standing vertical oscillations of horizontal currents, called modes. The “zeroth” (barotropic) mode of horizontal velocity corresponds to horizontal ocean currents that are uniform from top to bottom. The first depth dependent (baroclinic) mode is characterized by flow in one direction at the top and in the opposite direct at the bottom. Higher modes have a more complicated vertical structure and their phase speed decreases with increasing mode number. The vertical structure of a mode can be calculated by the stratification, and velocity profiles can be fitted onto a linear combination of these modes. Low mode motions contain appreciable energy but quickly propagate away laterally. To study these low mode internal waves, we deployed a mooring inside a tidal beam in the eastern North Atlantic, south of the Azores, where a seamount chain stands out as a generation site for internal tides. In our study region the energy flux correlates reasonably well in direction, coherent – uncoherent portioning and mode ratio between mooring and model time series and satellite data. With regard to the total energy flux, the model and satellite observations underestimate the flux compared to the in situ data.

In my current work, I also look into the impact of mesoscale motion on the energy flux in this dataset. A surface eddy was crossing the mooring, and in the process dampening the energy flux in the first two modes by about one third, while a passing subsurface eddy dampened the energy mainly in the second mode. These observations support the idea that eddy interactions transfer energy from low modes into higher modes that can lead to increased dissipation. An open question is how much of the energy converted from lower to higher modes result in local dissipation, which is a crucial information in creating energy consistent ocean-climate models. 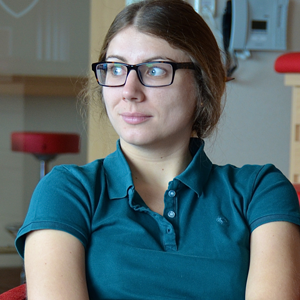 The major goal of our subproject is to study the fate of low mode internal tides and the processes that operate along their pathways.

I am an observational physical oceanographer working as a Postdoc at the University Bremen. Prior to joining the TRR I mainly studied temporal variability of internal waves using time series of moored instruments, and related the observed changes in the internal wave energy to generation processes such as topography-current interaction or energy input into the internal wave field by the wind.

The major goal of our subproject is to study the fate of low mode internal tides and the processes that operate along their pathways. A seamount south of the Azores provides a good study case for these processes, as it is one of the main generation sites of internal tides in the Atlantic. Here we will conduct shipboard measurements and deploy a mooring for about one year to study spatial and temporal variability of internal tide energy. We will then compare the observed spatial and temporal variability along the tidal beam with output of dedicated runs of the STORMTIDE model carried out by our project partners at the MPI in Hamburg.